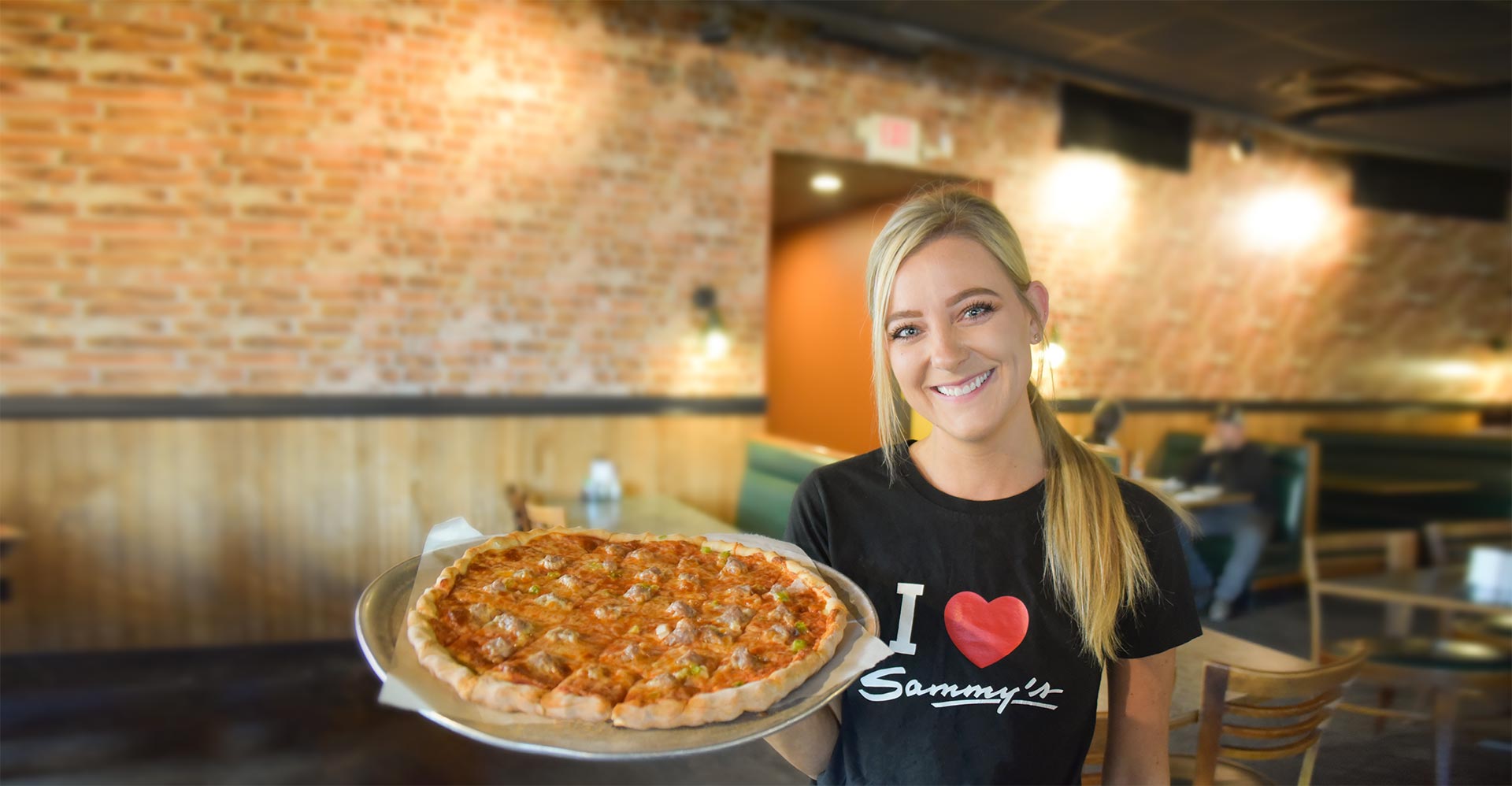 Flexible schedules. Competitive pay. Tasty employee perks. And a fun, family-like (quite literally) atmosphere. Here, we make more than great pizza – we make works of art inspiring traditions with family and friends, as well as in the community.

Pizza Maker, Line Cook, Server, Delivery Driver, Manager, Jack-of-all-trades, you name it. The variety of positions available at Sammy’s are boundless. And we’re always looking for motivated individuals who share our same passions and are interested in joining the Family.

To apply, simply fill out an application form and we’ll get back to you as soon as we can!

Our family tradition began more than 67 years ago with Sam Perrella – or as we like to call him, Grandpa Sam.

As World War II soldiers returned home from Italy telling tales of their favorite food, the popularity of pizza in the U.S. grew. Sam Perrella, a former miner who owned a small café in Keewatin, picked up on this growing trend. Having connections in Chicago, Sam visited with some pizza makers and returned home with an idea that sparked and gave birth to what is now Sammy’s Pizza.

In October 1954, armed with enthusiasm and their own secret recipes, Sam and wife, Louise, opened the doors of the first Sammy’s Pizza restaurant in Hibbing, MN.

As their business flourished, they helped their family and a close friend open their own pizza restaurants. Today, some 67 years, 14 locations and more than 25 million pizzas later, Sammy’s is now in its fourth generation of pizza makers, who all still use Sam’s original recipes.